When we hear about the 4th Marquess of Milford Haven the image of the British peer and head of the storied House of Mounbatten comes to our mind. Far from that,  George Ivar Louis Mountbatten is also reputed in the business world as a talented and successful entrepreneur.

Among the list of historical figures linked to the oldest son of the 3rd Marquess we find Catherine the Great and the Russian writer Alexander Pushkin, direct predecessors of the noble entrepreneur. His noble origin was not an excuse for him, Louis Mountbatten has gone far greater than his birth and has reached success through a settled career, his own achievements have exceed his nobility.

The 4th Marquess of Milford Haven

Louis Mountbatten was just eight years old when he received the title of 4th Marquess of Milford Haven, upon the death of his father. One might make the mistake to think that Mountbatten’s title could remain his greatest feat, but nothing could be further from the truth. Apart from being an sportive person,  given that he has managed to be considered an excellent polo player, he is the creator of uSwitch, the energy comparison site. The firm emerged from his own ideas and continued to evolve reaching a great position and being sold in 2006 for a huge quantity.

The beginning of the company was by all means unexpected. Louis Mountbatten decided to invest in a marketing company whose main labour was to attract people in order to convince them to sing up for a new gas and electricity supplier.

The 4th Marquess of Milford Haven came up with an idea: electricity consumers need a tool to improve their experience as users. He was going to provide people an easy way to make electricity more affordable, a comparison tool that allow them to identify the most suitable entreprise for their own circumstances, giving them the power of choice.

The company became an instant success. Placing the power in the hands of the consumer, it grew an at incredible rate, until soon, it was expanding into other areas too, including telephony, loans, and credit cards. Consumer’s first. Consumer is king. This conception provided the company a vertiginous rise to success. 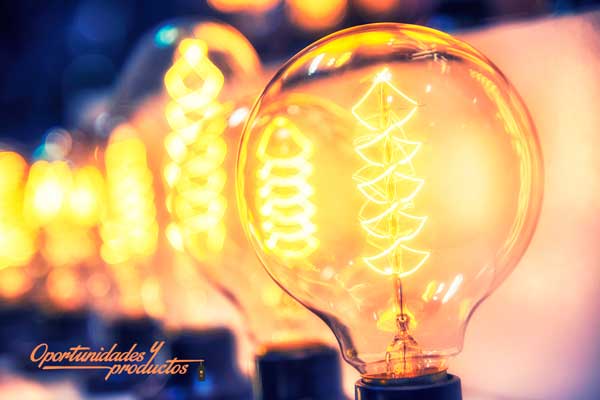 It was an unlikely tale for a man with Mountbatten’s credentials. On paper, he was a peer 459th in line to the throne, with a successful polo playing career under his belt, but not even a maths O-level to his name, having failed this four times throughout his academic career. He had been divorced, struggled financially, and even faced a petition for bankruptcy, yet his business venture soon proved itself to be an irrefutable triumph.

In part, this was perhaps due to the benevolent principle it was based upon, which undeniably placed the customer at the forefront of its formula. This worked by charging suppliers a fee for every consumer who switched to their services through the website, without expecting the ordinary man to pay anything himself.

The savings that users were able to make were astounding: an average of £140 per year just by switching to a different energy supplier. Taking the complexity out of the decision-making process, it made money in a very clever way, as the 4th Marquess of Milford Haven simply and succinctly explained when he stated that: “The wonderful thing about uSwitch is we make money by saving people money.”

Little wonder then that this thriving enterprise achieved a phenomenal sum once sold. Placed on the market in 2006, the company changed hands for £210 million, signifying a tidy profit of around £100 million for the queen’s cousin.

The deal turned to be a great move, resulting in an unprecedented success for both sides. The American media firm EW Scripps acquired the site, at that moment the stunning work performed by the peer was clearly shown. Once again, the keenness of big media companies to invest in online business ventures became evident.

It was inevitable to be proud of the heritage created from the scratch: on one hand, the exploited potential of the internet to improve people’s lives and, on the other hand, the courage of George Mountbatten to create a new vision and to satisfy the audience’s needs, escaping from the comfort of his noble position and daring to go deep into the risky and sharp business world.

Here we have the reasons why, nowadays, the 4th Marquess of Milford Haven is still conceived as a courageous entrepreneur whose steps are worth to be emulated. Being his main objective the protection and the benefits of the consumer, he has managed to build a balance between the profits obtained both by the user and the creator, proving that kindness and success are not necessarily enemies in the business world.